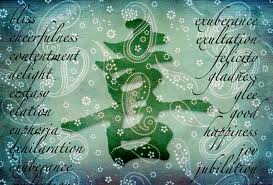 They don’t waste time feeling sorry for themselves. Strong women don’t sit around bemoaning their fate or crying about how others have treated them. Instead, they take responsibility for their lives and realize that it isn’t always easy or fair.

They don’t give away their power. Strong women don’t allow others to control them and they don’t give anyone else power over them. They understand that they are in control of their own emotions and they have a choice in how they respond.

They don’t shy away from change. Strong women don’t try to avoid change. Instead, they welcome positive change and strive to be flexible. They understand that all life evolves and believe in their abilities to adapt.

They don’t waste time or energy on things they can’t control. You won’t hear strong women complaining about lost luggage or traffic jams. Instead, they focus on what is controllable in their lives. They recognize that sometimes the only thing they can control is their attitude.

They don’t try to please everyone. Strong women recognize that they don’t need to make all people happy all the time. They’re not afraid to say no or speak up when necessary. They strive to be fair and kind, but can handle people who may respond in a negative manner.

They don’t fear taking risks. They don’t take reckless or foolish risks but see calculated risks as very doable. Strong women spend time weighing the pros and cons before making a decision and they are fully informed of the potential results before they take action.

They don’t dwell on the past. Strong women don’t waste time dwelling on what has happened and can’t be changed, or wishing things could be different. They acknowledge their past and learn from it. However, they don’t constantly relive bad experiences or fantasize about the glory days. Instead, they live for the present and plan for the future.

They don’t keep repeating mistakes. Strong women accept responsibility for their behavior and learn from their mistakes. As a result, they move on and make better decisions in the future.

They don’t resent other’s success. Strong women can appreciate and celebrate other people’s success in life. They don’t feel jealous or cheated when others may surpass them. Instead, they recognize that real success comes after hard work and are willing to work hard for their own advancement.

They don’t give up after a failure. Strong women don’t view failure as a reason to quit. Instead, they use it as an opportunity to grow and improve. They are willing to keep trying until they get it right.

They don’t expect immediate results. Whether they are improving their health or starting a new business, strong women don’t expect an immediate turn around. Instead, they apply their skills and time to the best of their ability and understand that real change takes time.

2 thoughts on “The Joy Of Strong Women”