One hundred years ago my grandmother Irene started embroidering linens and doilies for her home. She made tablecloths with matching napkins, pillowcases, dresser scarves, hand towels and handkerchiefs. 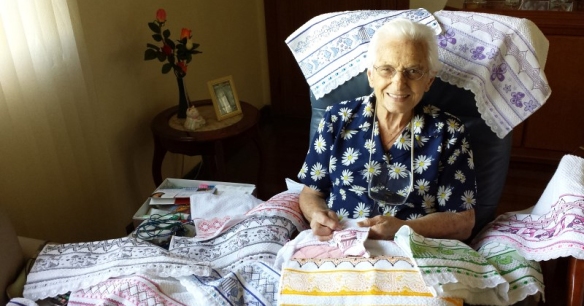 She also began collecting special pieces that were decorated by others she knew. Some of the linens were probably to be used in a quilt or bedspread and some were treasured gifts from treasured people in her life. All were spectacular and beautiful.

Sixty years ago my mother Peggy inherited the wonderful collection of embroidered linens from my grandmother. She used a few of them in the house we lived in. 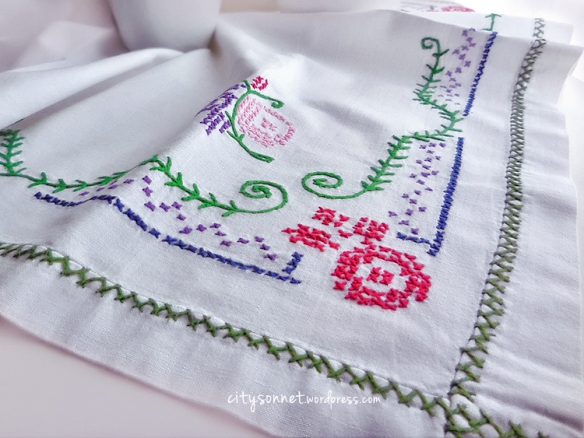 Over the years, she added a few pieces to the group. I remember a tablecloth with napkins for a card table and a liner for a bread basket. I know she made more but that’s all I remember.

Both my grandmother and mother were great sewers and made most of their clothes. My mother made many of my clothes as well as my two children’s when they were little. What they didn’t do very much was embroider, so everything they did embellish is just that much more precious.

The embroidery has become more than just a pretty attraction. It has become a symbol. It represents continuity – a connection over the years, the decades. It is a thread that binds my grandmother to mother to me. All the hours they spent are there. All the starts, mistakes, restarts and finishes are there. All the plans blossoming into beautifully decorated linens are there. There for all to see, appreciate and learn from. 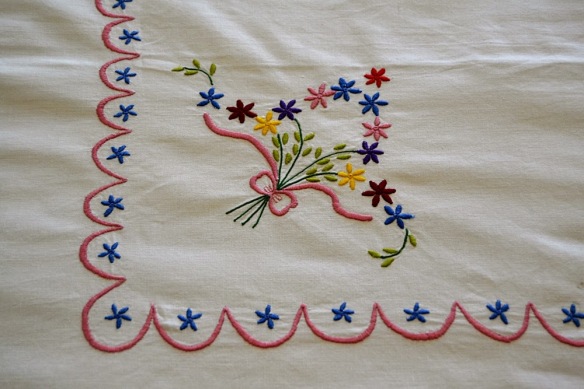 Forty-three years ago I became the recipient of the grand collection, which by then had become fairly extensive. After a few years of my own collecting, I began to try to plan a good use for the expanding treasure trove of embellished pieces of linen and cotton.

Last year I designed a quilt using as many of the antique and vintage pieces as I could. The center is the middle of a tablecloth surrounded by four hand towels and corners of two dresser scarves. 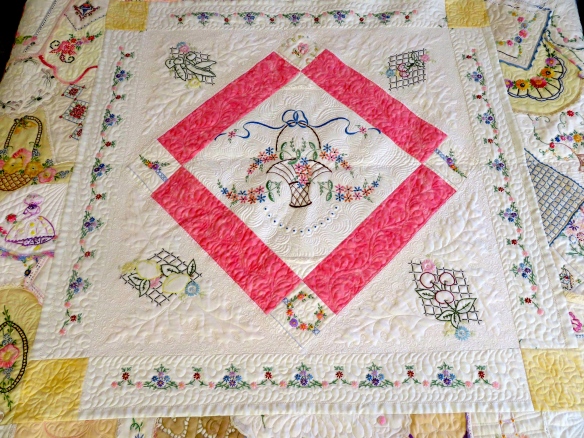 Around that are the borders of a tablecloth. The mosaic panels are made up of all sorts of linens and doilies overlapping all around the quilt. 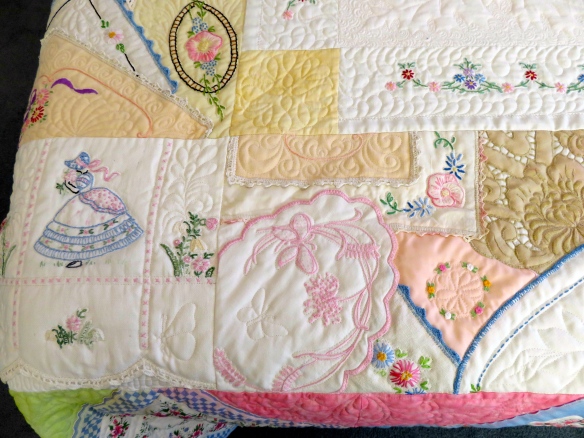 It is a glorious mixture of all the types f embroidery, crochet, tatting and crossstitch. 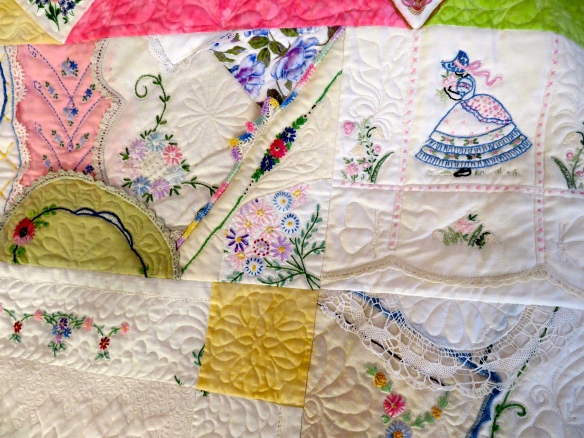 The final border is made up of handkerchiefs of every color and design. 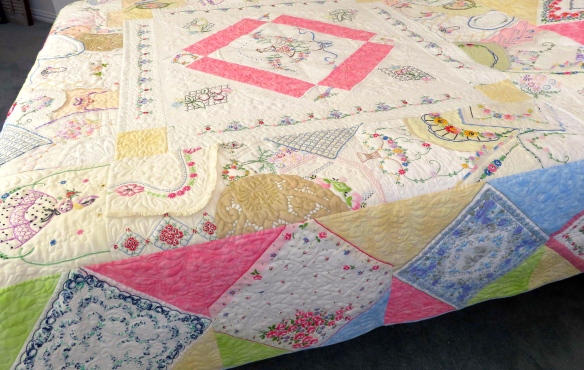 While sewing every seam, I thought about mother and grandmother, their love of sewing and their contribution to the quilt. Their enthusiasm and love of the art were with me every step of the way. What a lovely way to share with the generations.

One hundred years of hand work, collecting and loving special pieces of cloth, three generations of women and one quilt to show all the care. What a grand result!

I couldn’t have done it without you two!

8 thoughts on “One Hundred Years To Make A Quilt”